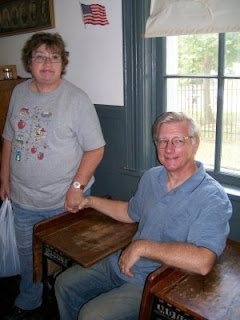 Weedle believed that some part of her never got past being ten years old. She was fresh, brash, direct and irreverent. She was always able to see things from a child’s perspective, and to understand what goes on in a child’s mind. She loved animals – cats and big galumphy dogs, even stuffed animals.

Being ten, she connected with kids easily. Since she started as librarian at , she said she had the best job in the world.

As an adult, too, she was strong, capable, diligent, organized, methodical; and she was capable of indignation when she felt ill-used. Once on a family trip we stopped at a McDonald’s in , which had scheduled a bingo game for senior citizens to fill the slow mid-afternoon hours. They had not anticipated that players would arrive hours early to get seats, then not buy anything, displacing paying customers. Our family arrived, road-weary and hungry, got our food and like many other diners there, including a family with babies, had to sit on the ground outside, and it was cold out. The manager was not around to complain to, so Weedle picked up a comment card and filled it out, blasting the management for boneheaded handling of events. She then continued beyond the printed lines, and sustained her sense of outrage long enough to write all around the margins on both sides of the card, writing between the lines she had already written. If she could have written on the thin edges, she would have. No doubt the card was actually hot to the touch by the time she finished. It was, of course, completely illegible. But expressing her point, as opposed to actually communicating it to the manager, was sufficient. We never went back to that McDonald’s, and it was a long time before we went to any McDonald’s. We still don’t go to Wendy’s, but that’s a whole other bonehead-manager story.

But sometimes she was vulnerable and sensitive and easily hurt, and aware of slights, even if unintended. Her anger could be towering. She sometimes threw things at the wall or floor. Once in the car with Will and his friend Daniel, she got mad at Will for who knows what, and tossed a just-purchased package of expensive “Magic” role-playing game cards out the window, where they scattered all over the highway. It turns out they weren’t Will’s. Daniel stared glumly out the window all the way home. The kids tell me of another occasion when Walt, sitting at the kitchen table waiting for pie after dinner, said something or other that made Weedle mad. She flung the entire pie at his head. She missed, and the pie splattered against the wall. Much of it stuck there. Walt’s response was classic – he scraped the pie off the wall back into the pie pan, and ate it anyway.

Worse than her anger, to me, was her sadness. Her despondency would melt your heart, like that of a sorrowful child. And worse than her sadness was her hurt, when you couldn’t figure out what you had done to hurt her feelings and she refused to let you help her feel better.

She had many moods, mostly vivid, sometimes extreme and usually persistent, as if each constituted a different personality. I always envied my kids – my stepchildren – their ability to get around her dark moods and cheer her up. Kelly was a master at this.

But it was Will that gave her a nickname on account of her different personalities. H once made her mad with some forgotten offense, and Weedle just let him have it with an angry lecture that went on just a little too long. Will stood it for a while, but soon he put up his hand and said, “Okay, Mom - now let me talk to Good Donna.” It worked. In mid-tirade, she cracked up. She has been Bad Donna – Badonna – ever since.

She embraced the concept. Her online password was always Badonna. And our license plate says Badonna.

Somebody joked with her that for a person with multiple personalities, she was pretty well integrated. “Yes,” she said, “I all get along very well.”

She was devoted to her family – her families – a big one at , one at Lackman Library, even the ones from years before at and Topeka Public Library and Linwood Library.

But at home she wanted her family gathered close, and she would have kept them gathered close if she could but she understood that that would have kept them from doing their own gathering when the time was right. Many people never knew that she was not Kevin & Kelly’s mother but their stepmother. But along with their birth mother Cathy, she was absolutely their mom, and there was no distinction of relationship among the four kids. 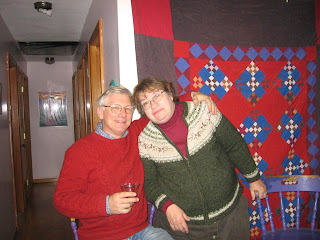 ed mom. “What did you do in school today?” was not an idle question at the dinner table, and most of the time Laurel and Will eagerly told her their stories and a lively conversation followed, most always a cheerful and bright time.

On a trip to Chicago one time, as Weedle & I & Laurel & Will walked, chattering with each other, up Michigan Avenue in the ritzy shopping district there, a well-dressed lady walking our way came up beside us and said, “Excuse me, but I’ve been following you for a block and I want to tell you how nice it is to see a family enjoying each other and acting like a family.” Weedle just beamed. She wasn’t individually the glue that held the family together, but mostly because of her, we all became the glue.

Weedle was a force – Danny Bentley called her a Force of Nature – organized, hard-working, persistent, persuasive. She was determined, too – when the Vinland Fair Association had it 100th Fair last year, she pledged to bake 100 pies to be sold by the slice at the food booth, plus one to enter in competition for the Best Pie award. She asked me to put our little air conditioner in the kitchen window, and then went to work. She was practically a one-woman assembly line for three or four long summer days, cranking out cheery pies, peach, apple, mixed fruit and strawberry-rhubarb pies, 15 or 20 a day. Eventually the ladies running the food booth asked her to stop because they wouldn’t be able to sell all those pies before the end of the fair. The final count was 63 pies, plus her entry. And that one took the Blue Ribbon.

About a year ago, Weedle told me about a dream she had the night before, in which she died. She was eager to tell me about it – she was excited and happy about it. In her dream, she was walking along the top of a bluff overlooking the sea. She was carrying a basket filled with work to do – projects, tasks, lists of items to take care of, checklists.

It was a pretty day, and the sea was beautiful, and the waves were lapping at the rocks below.

Somehow she fell off the cliff, and as she fell through the air, she thought, “Oh, darn, I didn’t get to finish,” then blackness.

It should have been a terrifying dream. But she told me it was a happy dream. Not a perfect ending, but a pretty good ending, quick and painless and decisive and free of fear. That’s Weedle – like a ten-year-old girl, able to look at familiar things, including fear of death, with a new and bright perspective. Death for her did not mean terror, or loss, or oblivion. Death was just another damn nuisance to get past, so you could go on.

When Laurel and Will were in their mid-teens we had a little bedtime ritual they had apparently been doing long before I joined the family. Like the Waltons on TV, we called through open doors across the dark hallway, “G’night, Laurel,” “G’night, Mom,” “G’night Will,” “G’night Laurel,” “G’night, Paul” and so on, eventually degenerating to “G’night, Jon-Boat,” “G’night, Plumb-Bob,” “G’night, Lawn-Boy.” Weedle and I whispered to each other, “G’night. I love you. Sweet dreams. See you in the morning.” Or some combination of phrases like that.

As the kids grew older and moved away, the Waltons parody disappeared, but Weedle and I always whipered to each other, “G’night. I love you. Sweet dreams. See you in the morning.” To the last night of her life.

It’s going to be a long, long, night. But when the time comes for me, I’ll see you in the morning.